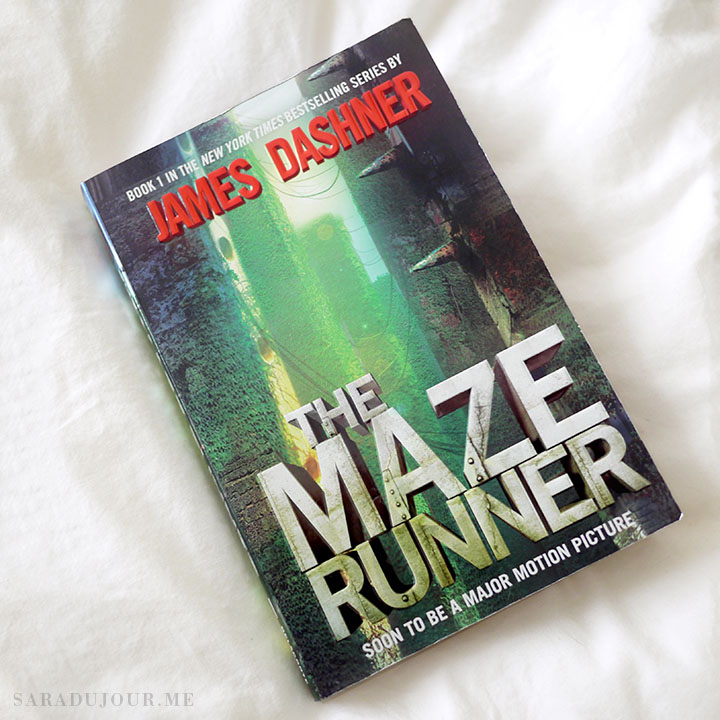 I’m no stranger to fiction. I know it requires a suspension of disbelief. However, I think The Maze Runner asks its readers for more suspension than is really fair to expect of anyone.

I’ve read sci-fi and fantasy novels galore, and what makes the good ones so great is that no matter how different from ours their reality is, it feels like just that: reality. There is some underlying logic in their world, it is tangible, graspable, tasteable.

James Dashner’s world of Maze Runner is just…not. It has a preposterous premise, and I kept turning page after page in the hopes that some kind of reasonable explanation would be provided, but it never quite came. At least, not to my satisfaction. (There’s a “that’s what she said” joke in there somewhere.)

Here’s the setup: (Don’t worry, no major spoilers ahead.)

A teenaged boy called Thomas wakes up in a box, with no memories of how he got there, or much else, really. He remembers his name, but not his past, nor the outside world. He does, however, have concepts of certain nouns and what they mean. (Already this memory-wipe concept is super wishy-washy, right?)

The box turns out to be a lift which brings him into the world of the Glade, an almost idyllic location populated by a bunch of other boys similar in age to him. They also have no recollection of how they got there or who’s responsible for doing this to them. They do, however, have an irritating penchant for withholding all useful information from Thomas (and by extension, us) for a few hundred pages.

But wait – there’s more! As you might have guessed from the title, there’s a maze enclosing the Glade, with enormous walls that move every night. The boys are organized into a mini-society with various roles, and some of the boys’ jobs are to run through the maze daily in an attempt to map it and hopefully find an exit. The maze contains frightening and deadly monsters which seem to be half slug and half machine, called Grievers.

If you were wondering why everyone in the Glade is male, you’ll keep wondering after closing this book. There is (eventually) one female character, (hooray) who is mostly described as pretty, spends half the book in a coma, and is an inexplicable source of attraction and mystery to Thomas. (He has no memories, remember?) So…yeah. I mean, she does stand up for herself a few times and is quite smart, but a three-dimensional character she is not.

Speaking of three-dimensional characters, does a more white-bread, boring male protagonist than Thomas exist? The jury is still out, but I rather doubt it. In fact, if you’re looking for great characterization, you’d be well advised to pick another book.

Though vaguely described with no real personality traits, Thomas is the best at everything. This is common in a lot of (if not most) young adult fiction protagonists, but rarely so blandly done. The writing style as a whole is pretty poor. Instead of being shown the characters emotions, you will be told them. I felt as though the author vastly underestimated my intelligence and decided to spoon-feed me instead.

The Maze Runner is also chalk-full of made up slang the boys use, which, as a reader, I found awkward and forced. (“Klunk” and “shuckface”, for example.) There’s Also a Lot of Unnecessary Capitalization.

So to sum it up, if you’re looking for another great young adult series like The Hunger Games to dive into, this isn’t it. To its credit, the only thing that kept me going is that I was, admittedly, intrigued. The pacing starts out slow, but I found myself finishing the second half quickly, because I wanted answers.

I understand the need for some mysteries to be saved and revealed in sequels, but I was disappointed to find that no real answers were given at the end of the first book. I have no intention of devoting more time to reading the sequels just to get some semblance of closure.

All in all, I’m unimpressed, as you may have gathered from this rather vitriolic review. Ah well. On to the next one! xx

The Maze Runner, by James Dashner – My Rating: 2/5