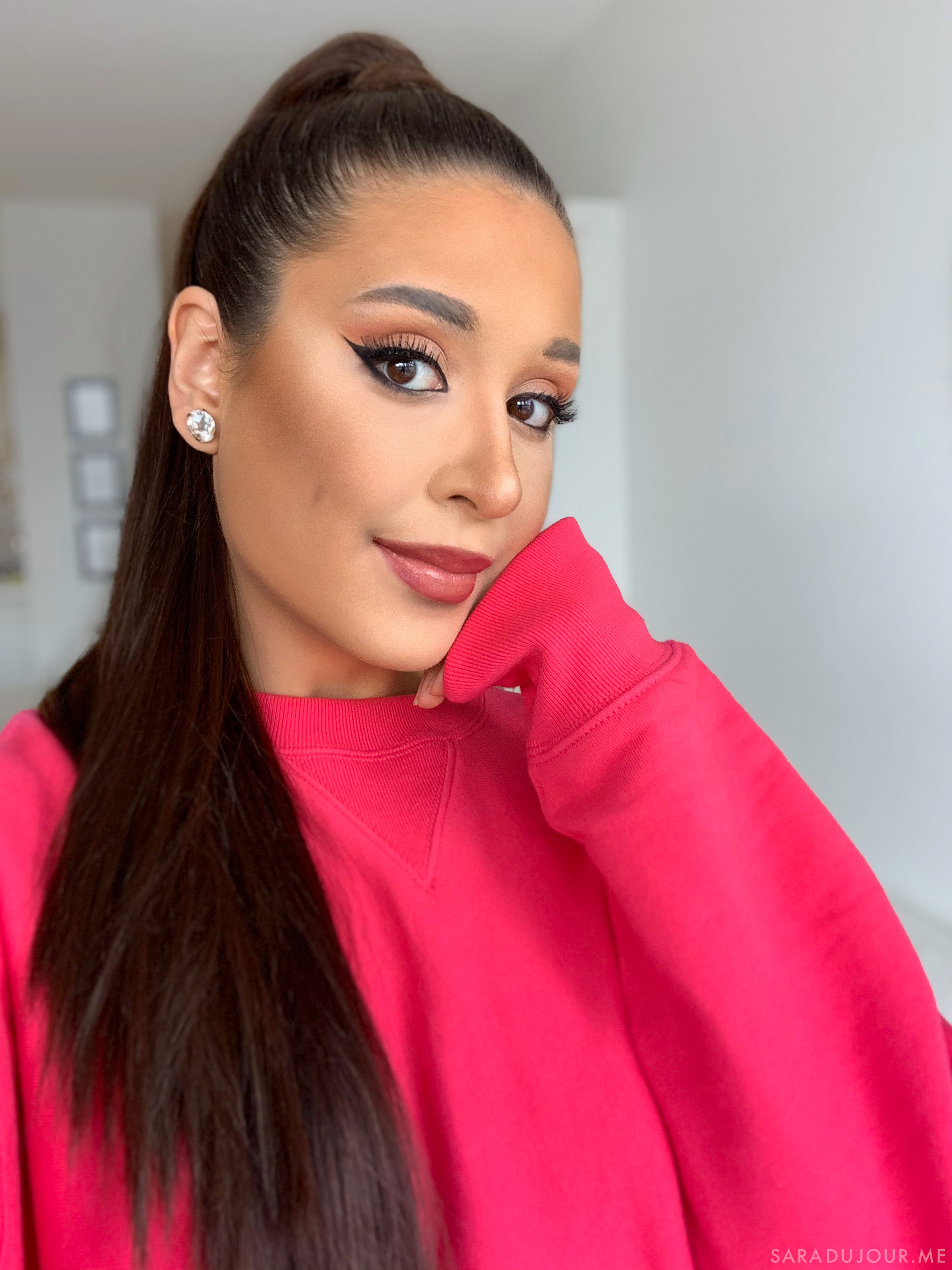 I’m back, wearing all the bronzer I own for this Ariana Grande makeup transformation and cosplay. I promise this is the closest I’ll ever get to blackfishing. 👀Aside from her occasional bouts of cultural appropriation, I’m a fan of Ariana Grande, especially this more recent chapter of her musical and style evolution. 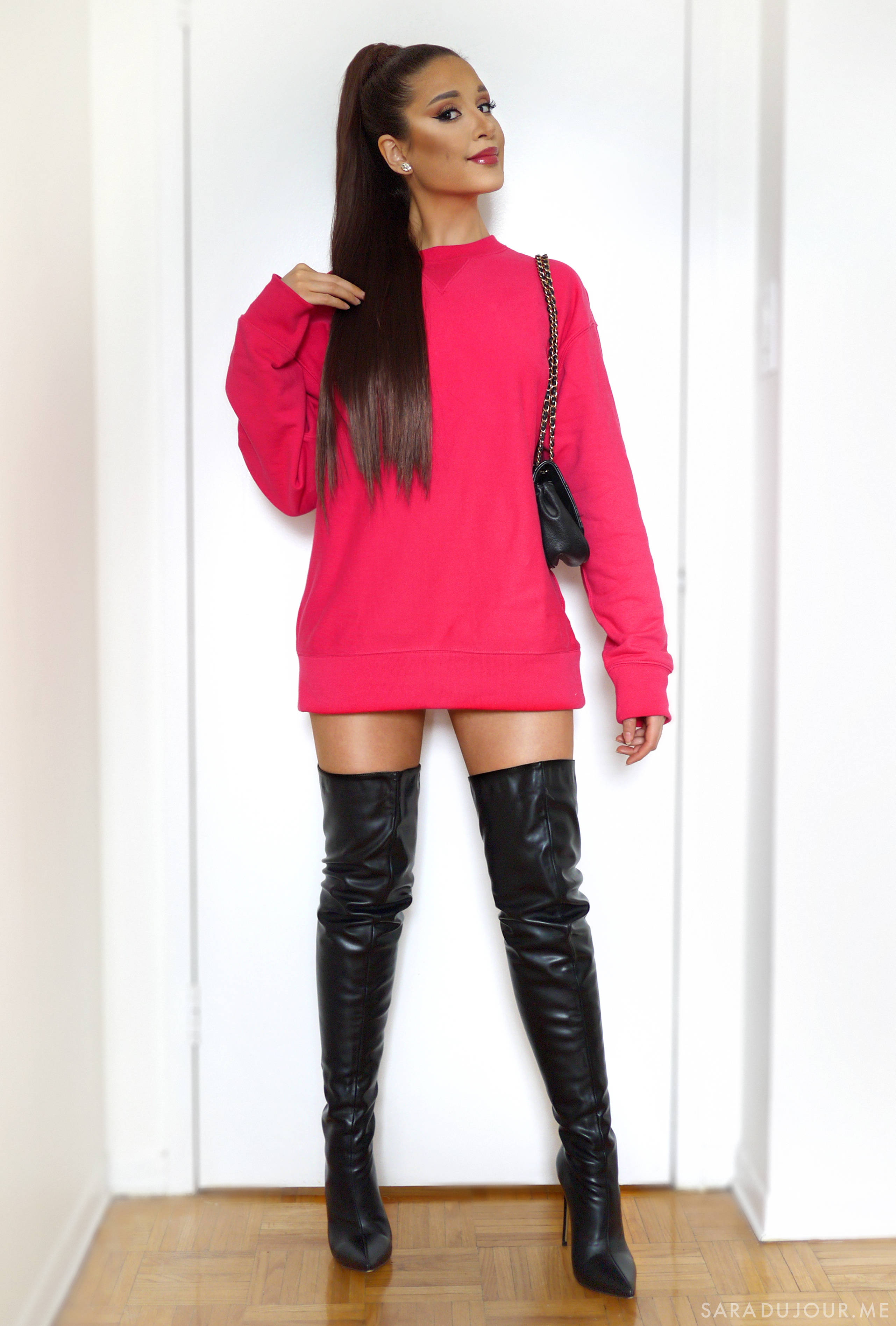 Conveniently I already owned everything I needed to style this Ariana-inspired outfit. Here’s the breakdown. 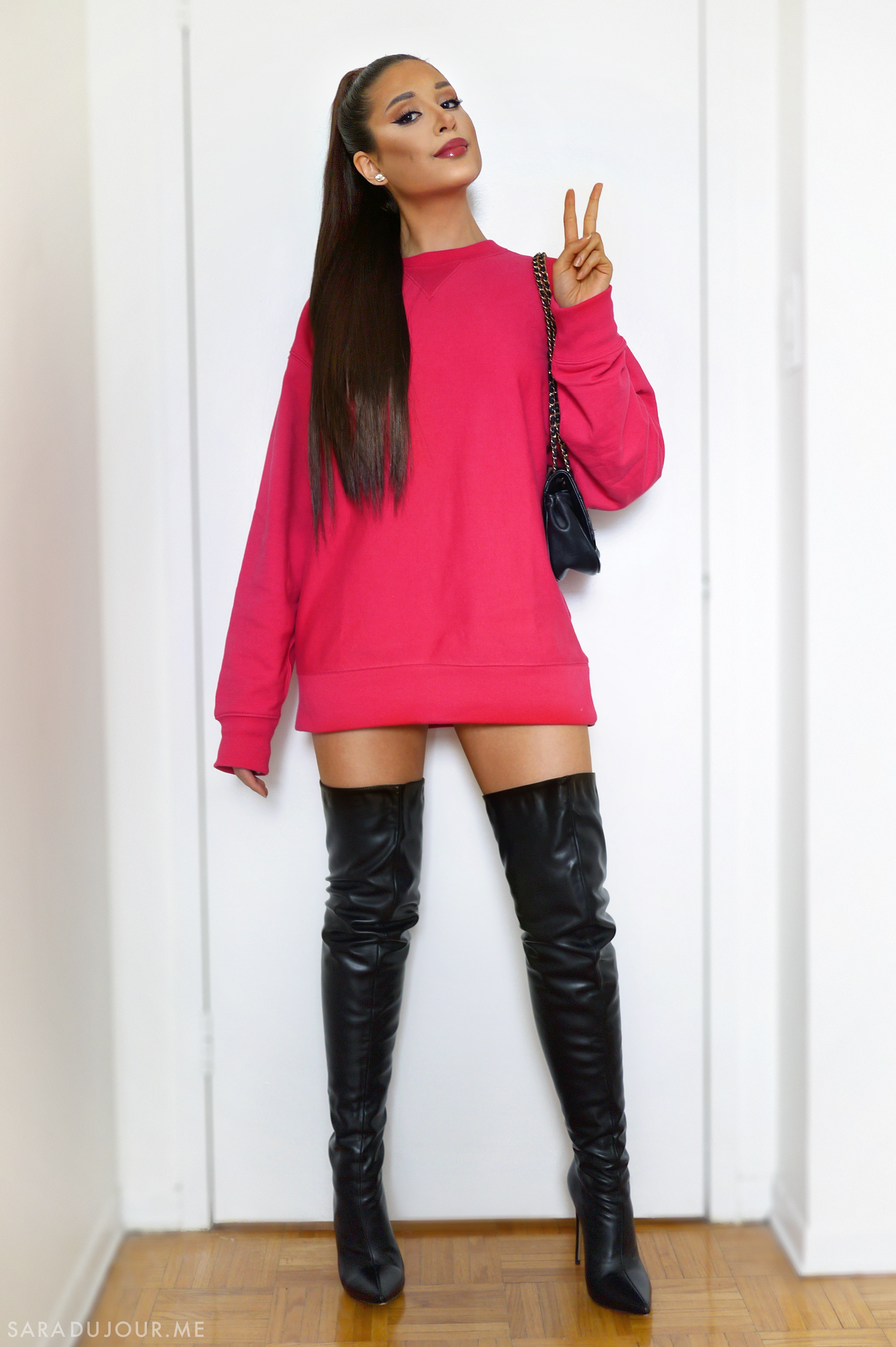 As with most of my makeup transformations and cosplays, I start by covering my real brows using the typical drag method of glue stick, powder, and concealer/foundation. Once they were hidden, I applied foundation over everything and since I neither use fake tan nor have a foundation shade darker than I am, I used many different bronzers to create her tanned skin tone. 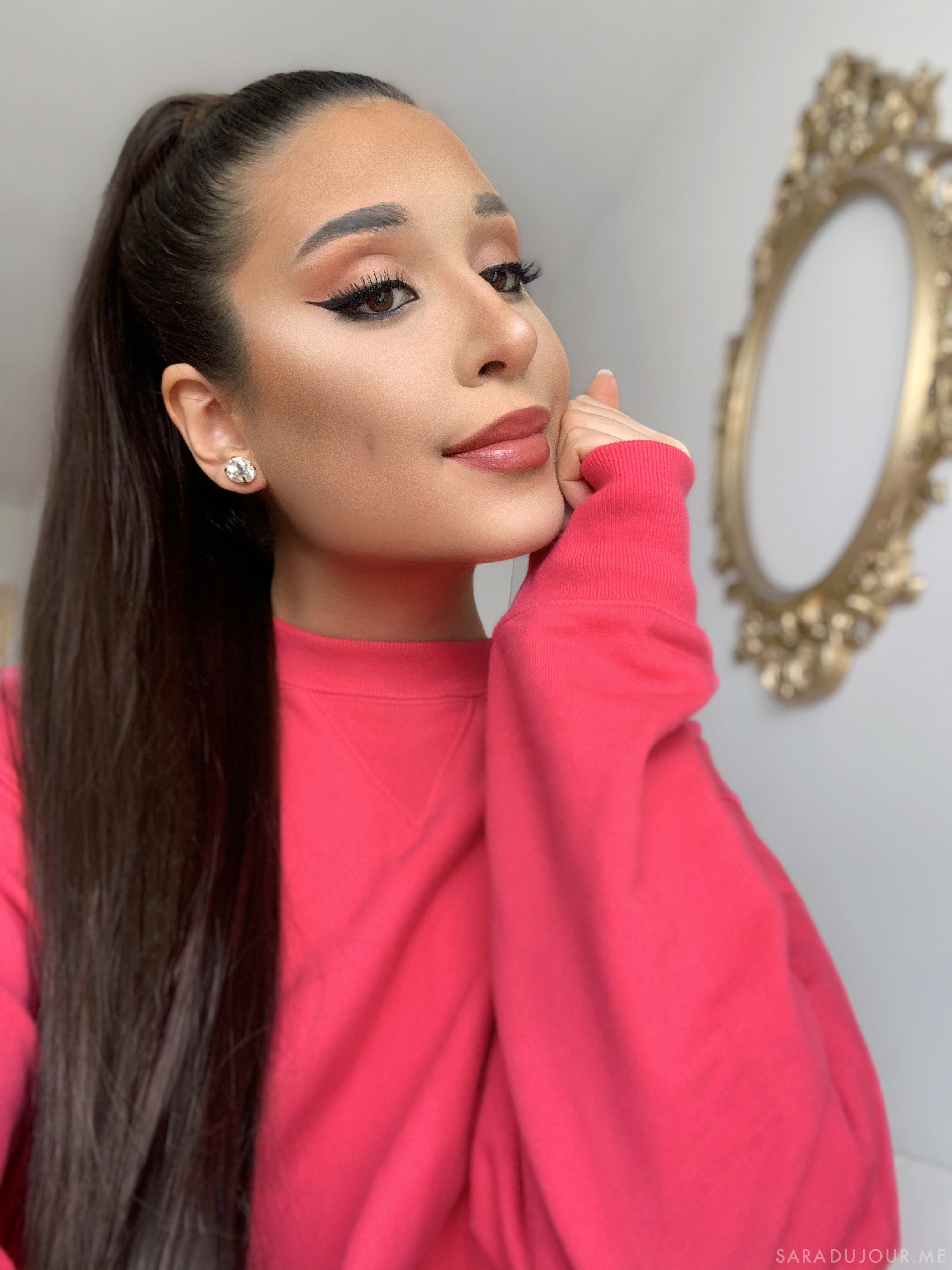 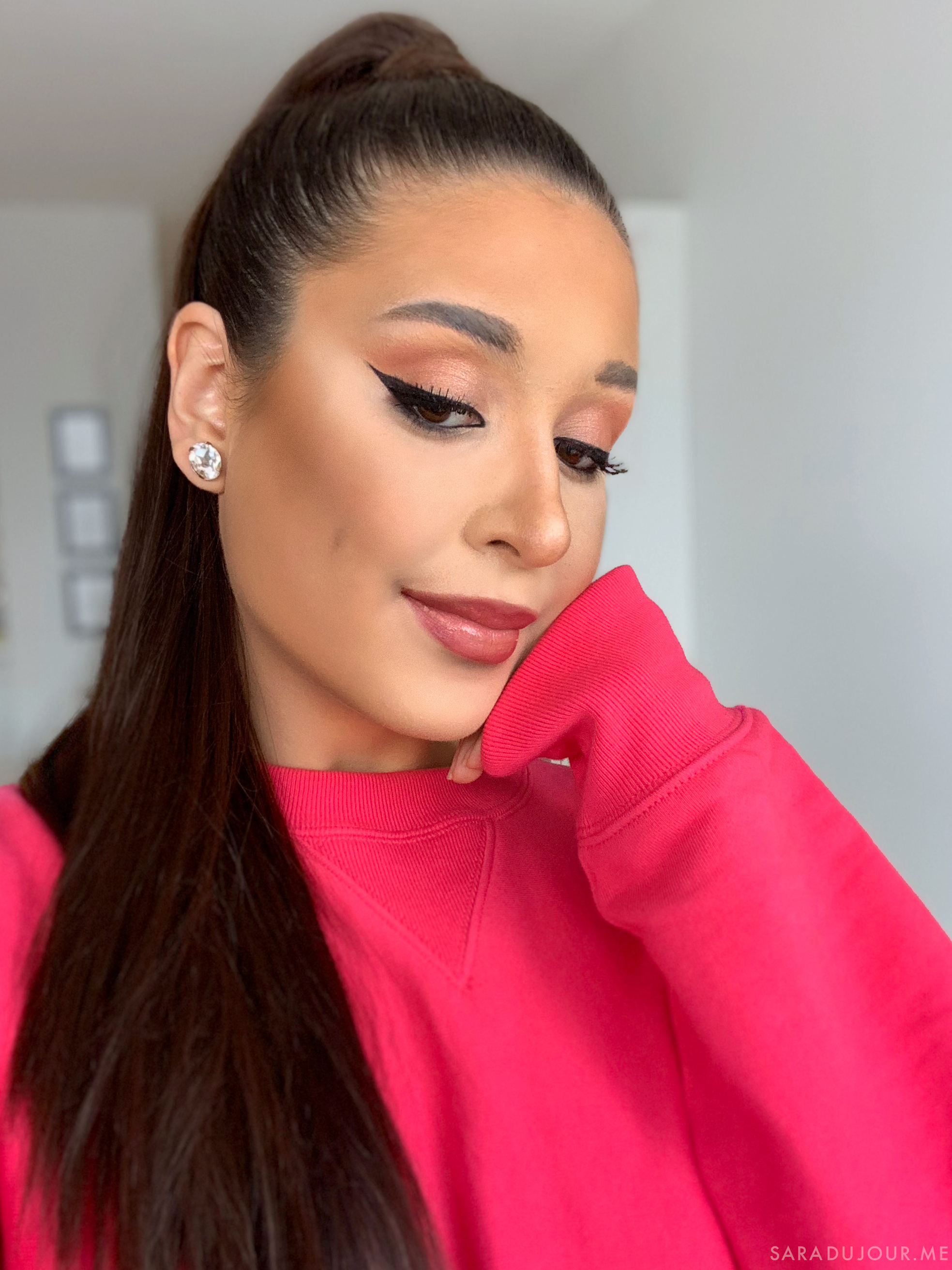 With any celebrity makeup transformation, you have to pay attention to the features that are distinctly, recognizably theirs, and recreate them. For Ariana Grande, those are her eyebrows, dimples, eyeliner, and lip shape. Interestingly, she doesn’t seem to wear any blush – just bronzer and a LOT of highlight. 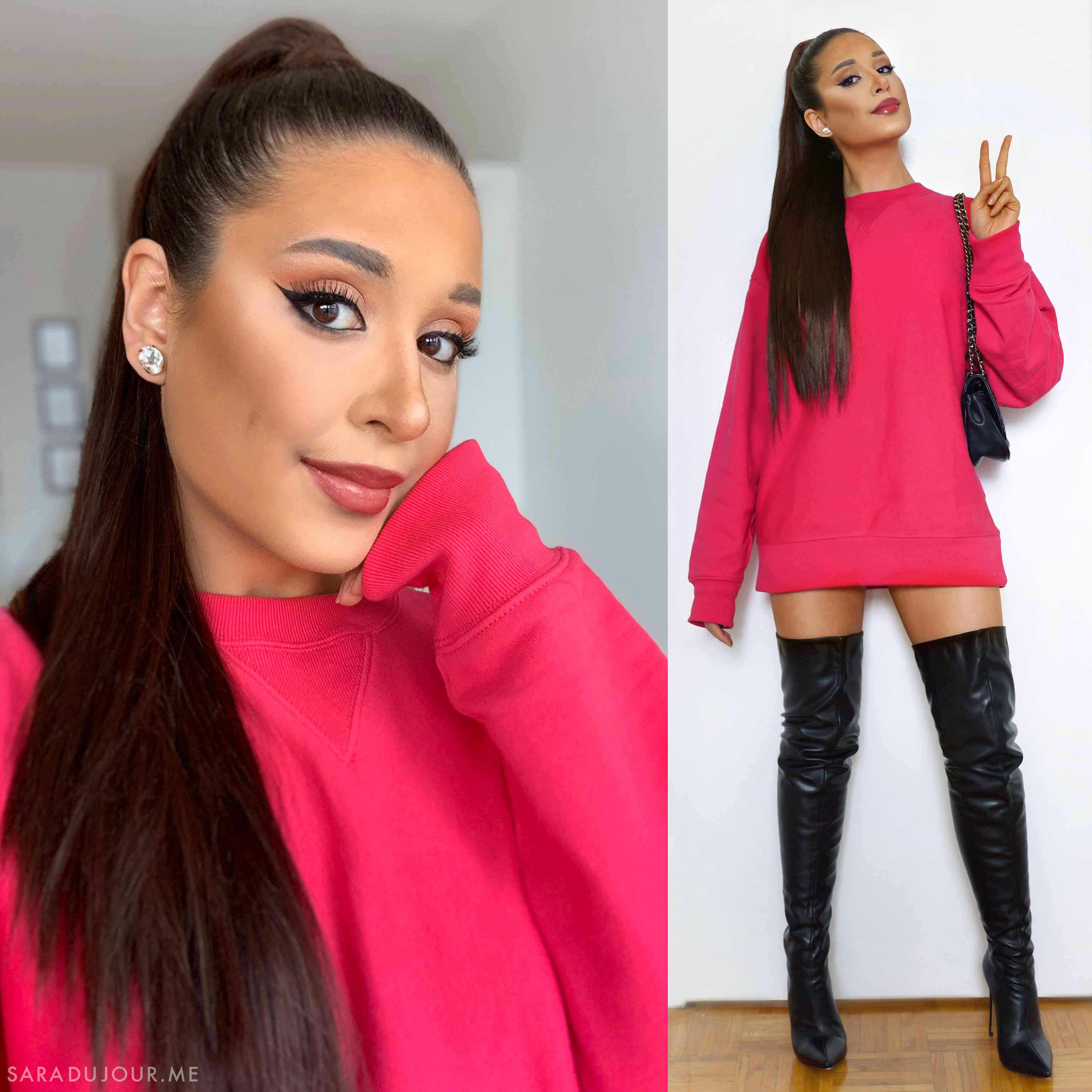 It’s nearly 4am as I write this, so I’m going to say goodnight n go. I hope you enjoyed this Ariana Grande makeup transformation and cosplay!