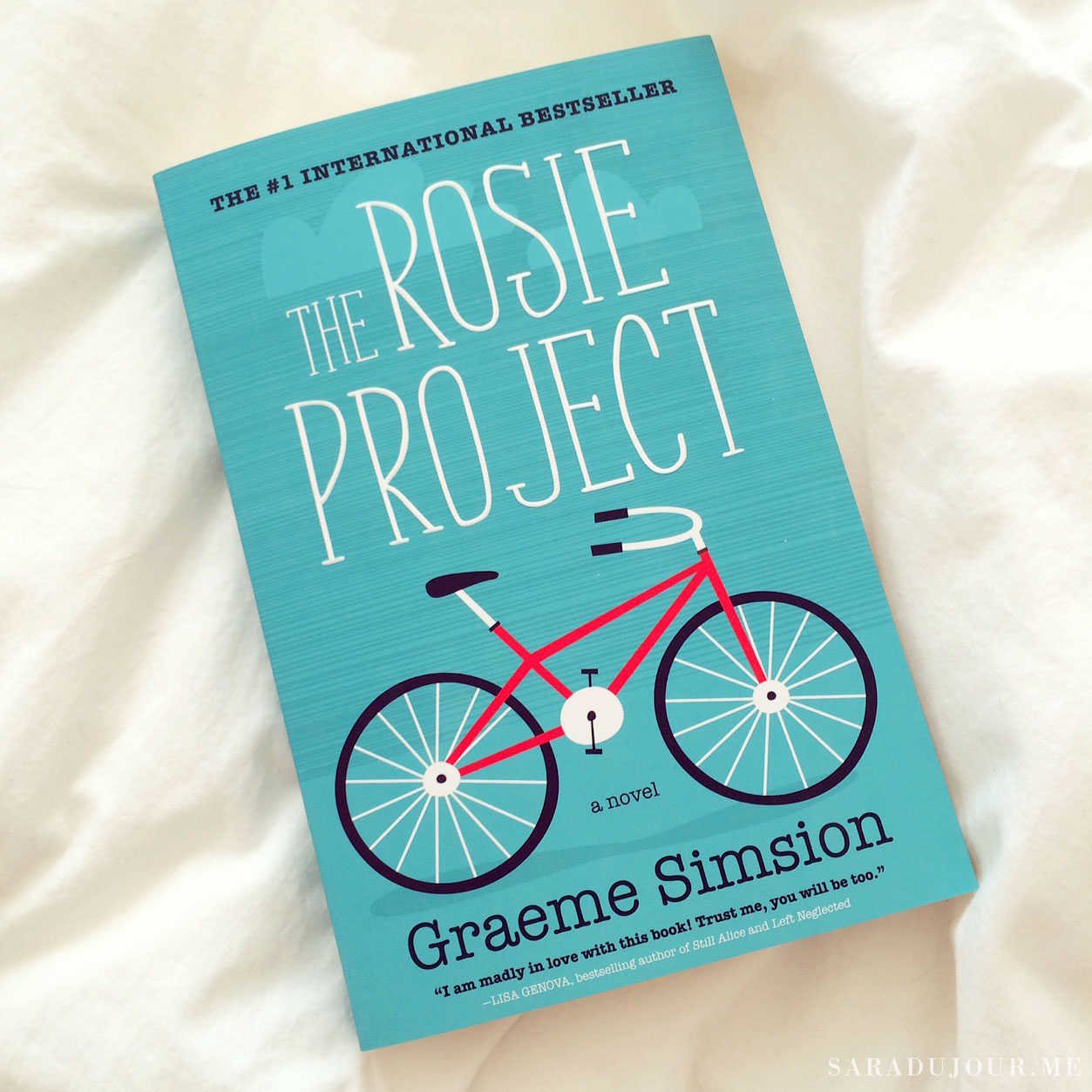 I have to be honest: I was prepared to dislike The Rosie Project, by Graeme Simsion. While I love romantic comedies on film, I very rarely read or enjoy them on the page.

It didn’t help that the glowing recommendation on the cover promised I’d fall madly in love with The Rosie Project. This only made me more determined to prove them wrong. (Please tell me I’m not the only one who reacts like this?)

Despite my pride, and prejudice (see what I did there?), I cracked open the book and admittedly found myself enjoying it right from page one. I can point to the exact page on which it really won me over. (Page 169, if you were wondering.)

So now, without hesitation, I can proudly say that I did fall in love with The Rosie Project, and at the risk of aligning you against it also – I think you will too.

Don’t worry, this is a spoiler-free book review (as usual).

The story is told from the perspective of Don Tillman, a middle-aged university genetics professor with a penchant for logic and structure, and not-so-great social skills.

He immediately reminded me of Sherlock Holmes, with his hyper-rational, almost mechanical way of thinking and speaking, social awkwardness, and his unconventional (but brilliant) ways. Also similarly to Sherlock, he appears to have an undiagnosed condition that may place him somewhere on the autism spectrum.

What I found refreshing and awesome was that unlike in Sherlock Holmes – and many other books, movies, and shows with a similar protagonist – hyper-rationality is not put on a pedestal, at the expense of devaluing all things emotional.

In fact, his hyper-rationality is actually demonstrated to be at times an advantage, and at other times, a hinderance. Which, I felt, was realistic.

I’ve really strayed away from setting up the plot…sorry.

So: we’ve got Professor Don Tillman. Approaching the age of forty, he decides he wants to marry, so he embarks on what he calls “The Wife Project”. Being hyper-rational, he designs an in-depth questionnaire to find the perfect partner, on the basis that compatibility is the foundation for a lasting romantic relationship. It has questions like, How often do you drink? (“Sometimes” being the only acceptable answer), Do you smoke? (“No” being the correct one here), and Are you a vegetarian? (Those automatically get ruled out.)

And then he meets Rosie, a woman who absolutely doesn’t fit the bill. She smokes, is perpetually late, drinks excessively, and is mostly vegetarian – except for sustainable seafood. Rosie seeks the identity of her biological father, and pairs up with Don, who has the expertise and access to help her find the answers she’s looking for.

Side note – Rosie is a feminist, which I thought was an awesome addition to both her character and the book. Don, though not explicitly stated to be a feminist, continually questions the sexist mindsets he observes those around him to hold, and through use of logic, reveals those ways of thinking to be completely irrational. As a feminist myself, I’m always on the lookout for problematic content in books and other forms of media – this one passes my test!

I won’t spoil what the nature of their relationship turns out to be, but if you’ve ever seen a romantic comedy before, you can probably guess.

Overall, I found the book to be charming, delightful, and endearing. Temporarily living inside Don’s head was quirky and a lot of fun. After the heavy read that was Dark Places, The Rosie Project was just the light, breezy, and romantic respite I needed. Despite being rather predictable, I can understand why it’s been on the bestseller list for so long! xx

The Rosie Project, by Graeme Simsion – My Rating: 4/5