Book Review: Not That Kind of Girl 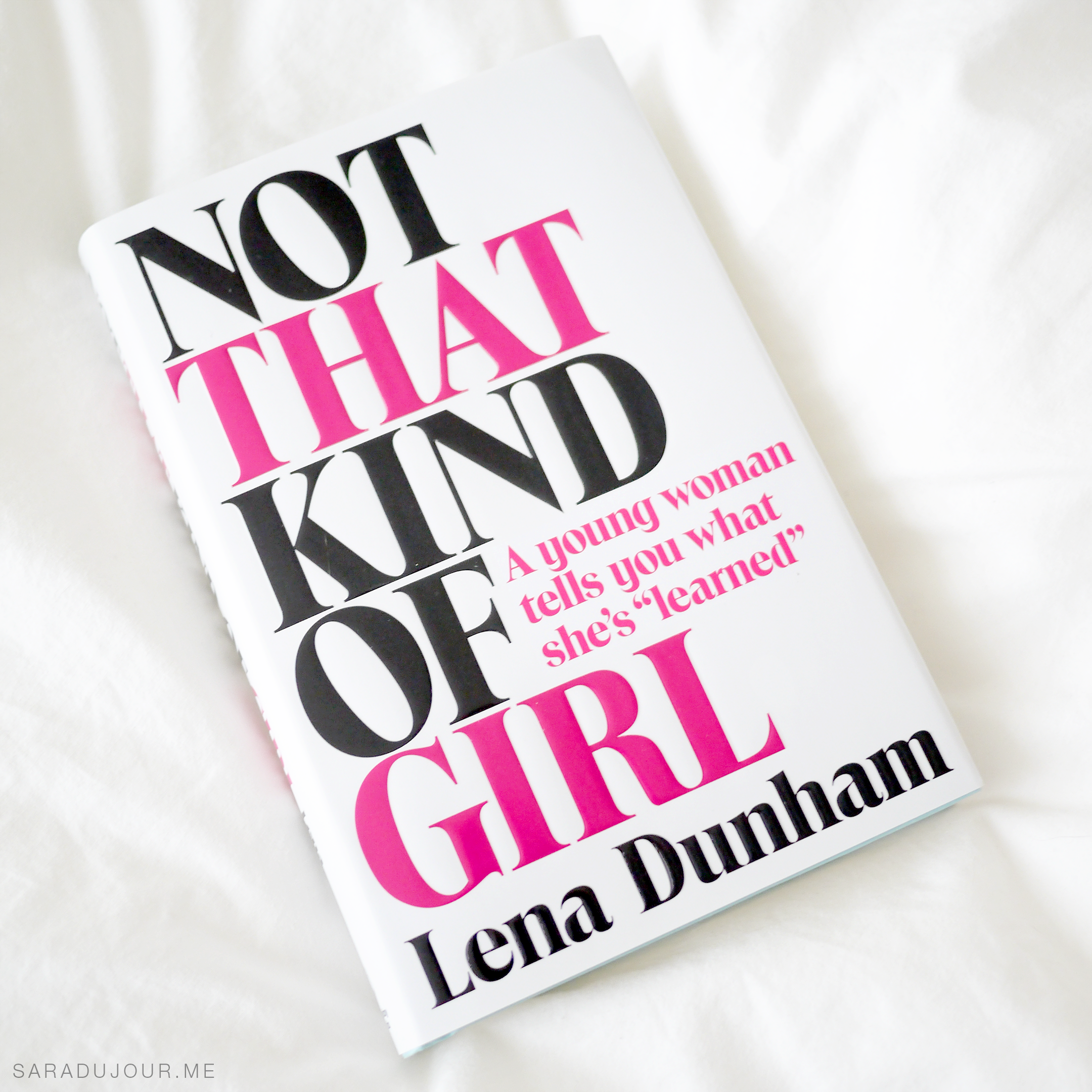 Perhaps it is because I read this book after reading Alan Cumming’s excellent memoir, Not My Father’s Son, that Lena Dunham’s memoir, Not That Kind of Girl, appears in such harsh contrast to me.

I was eager to pick up this book upon its release and started reading it soon after. It was not a quick read, not because it was excessively long, but because it felt excessively long for what it was. If you’re a reader, you know the feeling of forcing yourself through a book though it feels like wading through molasses. Anyway, for the sake of writing a fair review, I did it.

I suppose I should back up a little, and preface this by saying that I have mixed feelings about Lena Dunham. Though she is heralded as the embodiment of the modern twenty-something and über relatable, I have never found her so. I am grateful to say that the floundering, aimless, post-adolescence existence portrayed in her show, Girls, centered on hook-up culture, existential crises, and self-involvement, is not one I am familiar with.

I was raised to be hardworking by two immigrant parents, so pretending to “pursue a dream” while being bankrolled (seemingly indefinitely) by one’s upper middle class white parents wasn’t my reality. Though this type of life is obviously relatable to many (as evidenced by the show’s massive following and Lena’s ascent to 20-something deity), to me it appears extremely privileged and entitled.

So the TL;DR version of this review is if you find Girls enjoyable and relatable, you will probably find Not That Kind of Girl the same. Do I watch Girls, despite its complete lack of racial diversity? Yes. Do I enjoy it? Sometimes. Do I appreciate Lena Dunham celebrating and normalizing body types beyond a size two? Hell yes. I find the show progressive in a number of ways, sometimes funny, and often refreshing.

But if the characters in Girls can be used as an indicator of Lena Dunham’s own narcissism and self-involvement, so too can this book. The best way I can describe how it felt reading this is as being trapped on an elevator with your very chatty neighbour who means well but won’t be satisfied until she’s told you ever last detail of her life, interesting or not, significant or not.

Not That Kind of Girl is heralded as being “fiercely candid”, and I suppose it is. But it’s candid in the sort of way that makes you cringe and wish people would just keep certain incredibly intimate details to themselves.

Sure, Lena Dunham has a certain charm. She is a rare mix of being both self-indulgent and self-aware. At times her stories are so bizarre that I can’t possibly believe them to be true. But if you buy this book hoping for insights on what it’s like to be a woman running your own hit show before thirty, you’ll be disappointed. If, instead, you’re looking for a random collection of odd, possibly true anecdotes from Lena’s childhood and young adulthood, you have hit the jackpot. There is no greater meaning weaving her stories together, no deep truth she has unveiled. And maybe that’s okay. Maybe there’s space for that in the world.

Maybe you’ll pick this book up and love it, finding it wildly relatable, and maybe not. I suppose I’m just not that kind of girl.